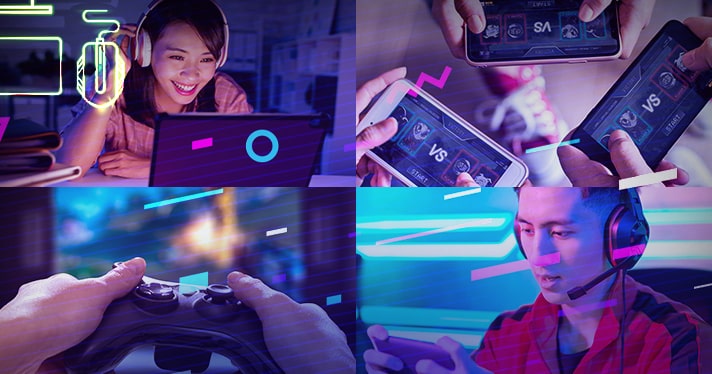 With everybody staying home more than ever, 2020 has brought out the gamer in most of us. Gaming is a great way to unwind, deal with boredom, and, most importantly, connect with friends. Statistics have shown that month after month, more people have been buying games and live streaming just in the US, and it’s safe to assume the same can be said about the Philippines with our game-loving population.

Friends are constantly telling us to install the new hot game, servers are filling up to the brim left and right, and evenings are spent hanging out on Discord instead of a bar. We’re always serving up new experiences to keep things fresh, but today is a bit different. If 2020 hasn’t gotten you to touch a controller or fill your phone with mobile games, we’ve got a specially curated gaming guide you can download in App Store or Google Play with some of the best online games played with friends that might just have you stepping into a wonderful new world. 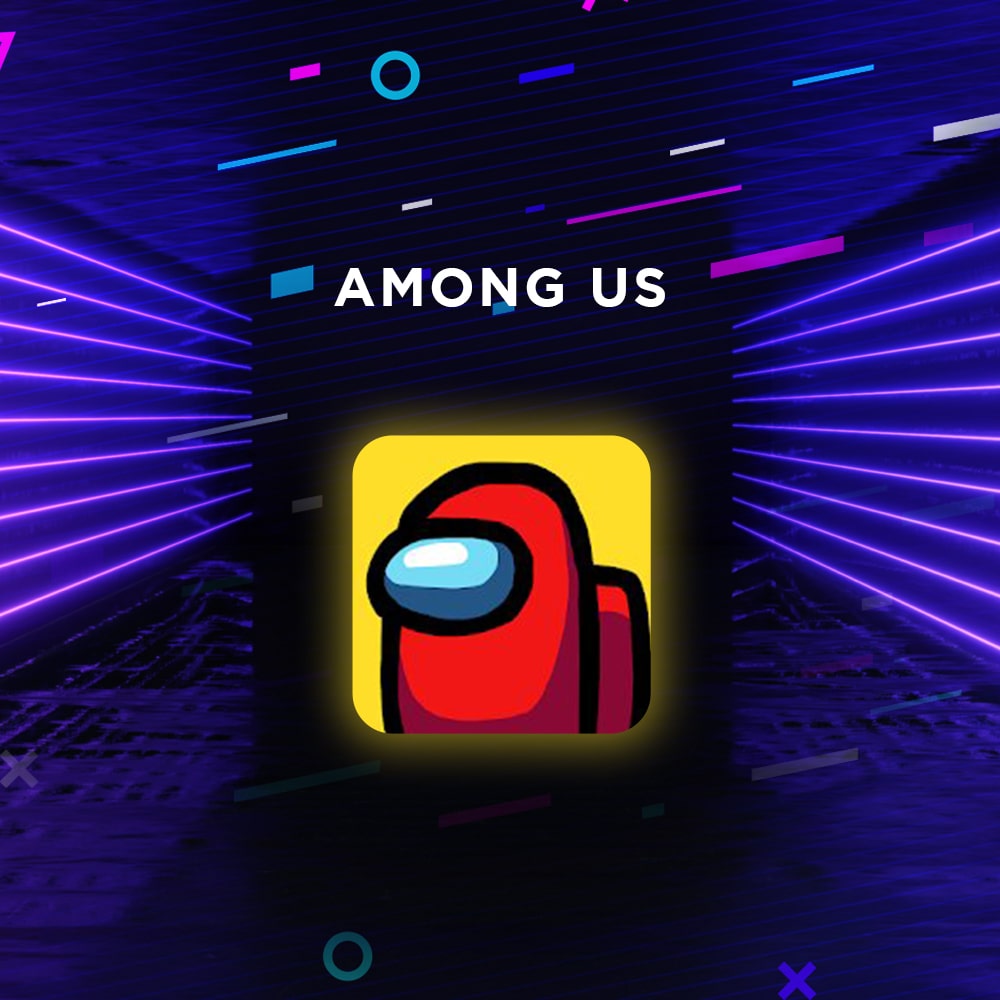 We suggested giving this game a try back in May, but little did we know this indie darling would soon grow into a global phenomenon. First launching in 2018, the game gained world dominance in 2020 with streamers such as Toast, Corpse Husband, and Pewdiepie churning out hilarious streams and videos playing either as impostor or crewmate. This is a 4-10 person multiplayer where the goal is either to snuff out the impostor or finish all your tasks if you’re a crewmate, or completely sabotage the area and eliminate the rest of the crew if you’re an impostor. This game is a barrel of laughs, whether you’re playing with strangers or with your own familiar crew! 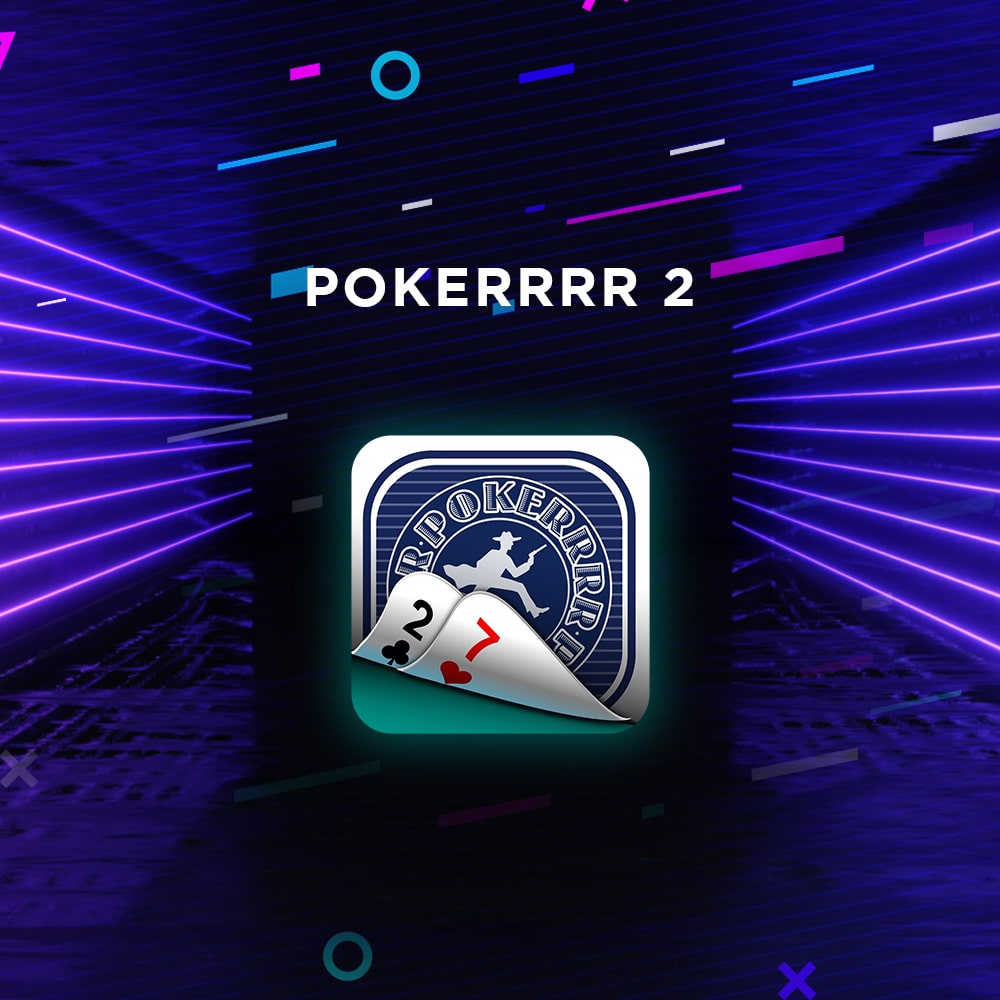 It’s the tried and true game of Texas Hold ‘Em Poker, enjoyed by casual players at home and hardcore pros in Vegas alike. In this mobile version, you can play with people all across the globe without spending a real-life dime. Plus, you can set up your own room or tournament with custom rules and play with your friends! Take your usual poker nights and make them virtual with a smooth, no-fuss interface. Your improved poker face from playing this game might help in game nights of Among Us, too. 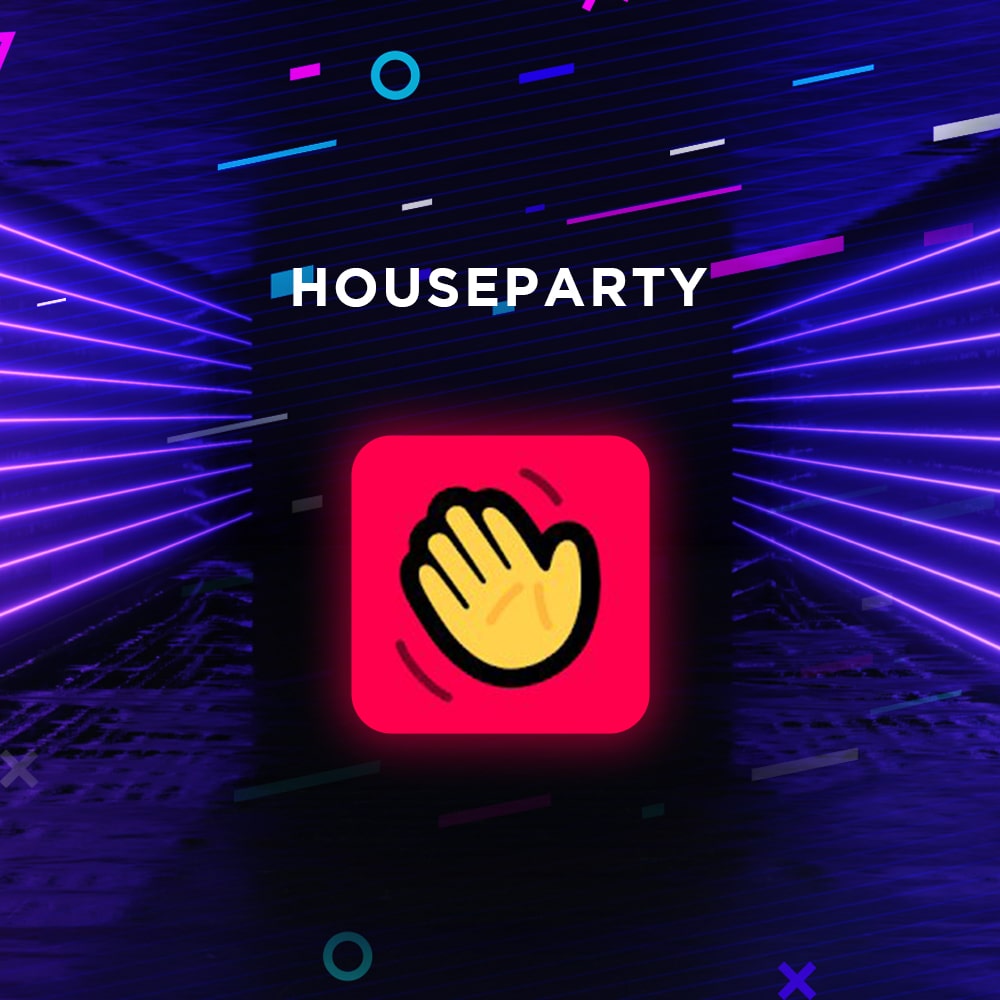 Houseparty offers a different, all-in-one experience. Instead of connecting on Discord or Facebook Messenger, you can host your virtual room and play a bunch of different games in-app. We could give Houseparty its own list of fun games you can play as there’s a whole myriad of them. There are various iterations of Heads Up, a virtual version of what we Filipinos might know as Pinoy Henyo. Music-lovers out there can enjoy a finish-the-song type trivia game. For non-stop laughs, there’s Chips and Guac, a Cards Against Humanity-style party game where your creativity is the only limit. 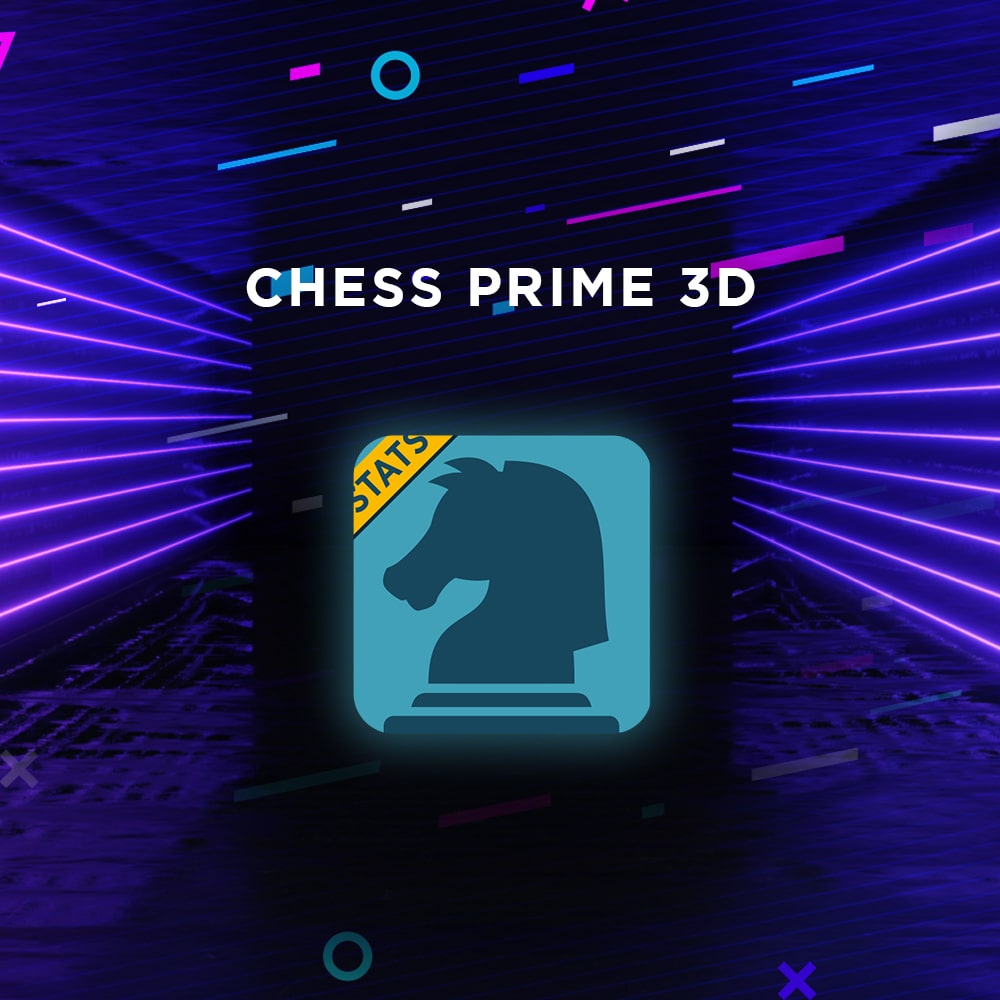 Chess is a game as old as time that’s easy to pick up and challenging to master. This app brings the classic game to the online space. It’s a great experience, whether you’re trying it out for the first time or you’re an absolute pro. Not only can you play with your friends, you can choose to go against players of all different skill levels around the world. Playing against the AI, with its adjustable difficulty setting, is also a great way to hone your skills no matter your experience. Codenames was already a vastly popular card game in the tabletop community, and now it’s an online game! To play, you’ll need at least four people. You’ll be divided into two teams, and the goal of the game is to find all of your team’s secret agents on the board. Each round, one member from each team will play as the clue-giver, giving one-word clues related to cards on the board while the rest of the team figures out which cards belong to their agents. It’s a fairly simple game that’s loads of fun to play with friends and family near and far. 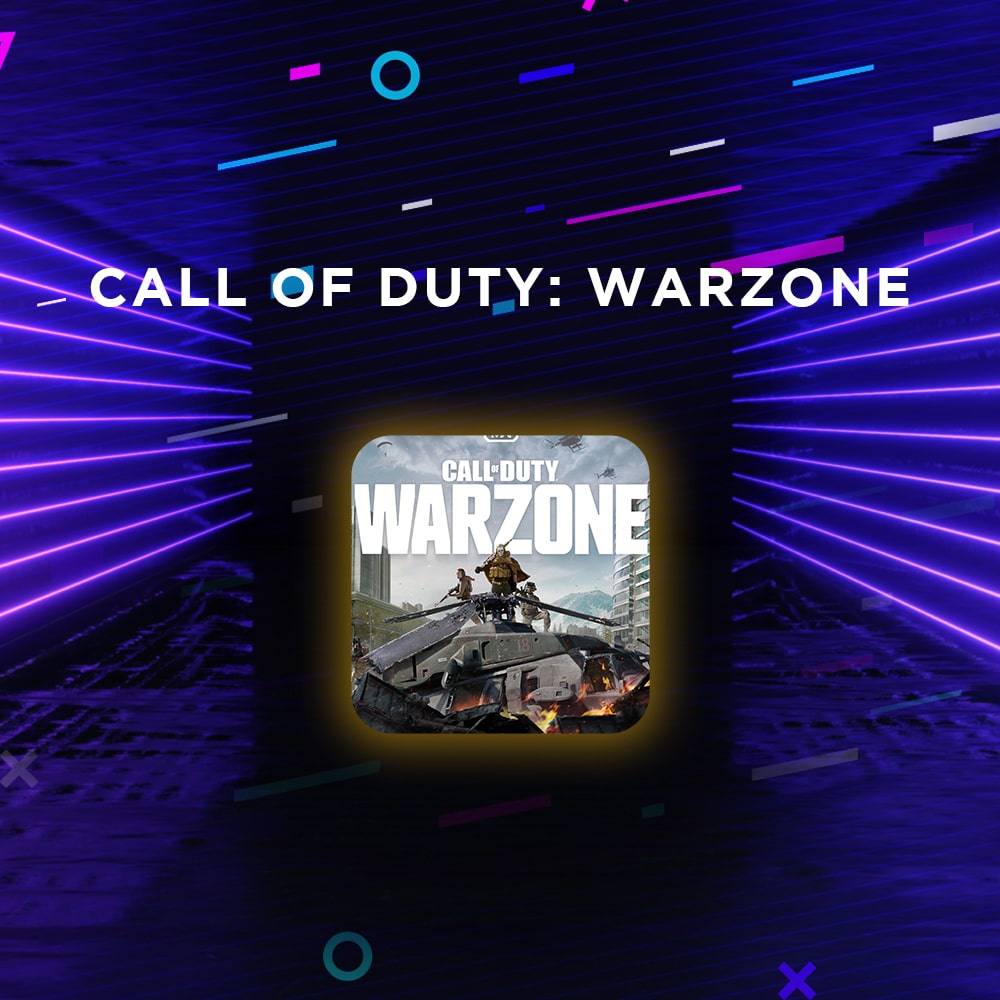 COD is a must in every list of best online games with friends. Warzone is a free-to-play online multiplayer game available on PC, Xbox, and Playstation. As with every Call of Duty since its debut in 2003, it’s a first-person shooter jam-packed with action and excitement. What makes Warzone different is that it’s a battle royale where you can play solo or with a squad, and your goal is to be last ones standing in a map with upward of a hundred players. You can also get the Modern Warfare add-on and compete in classic deathmatches or experience the single-player campaign. 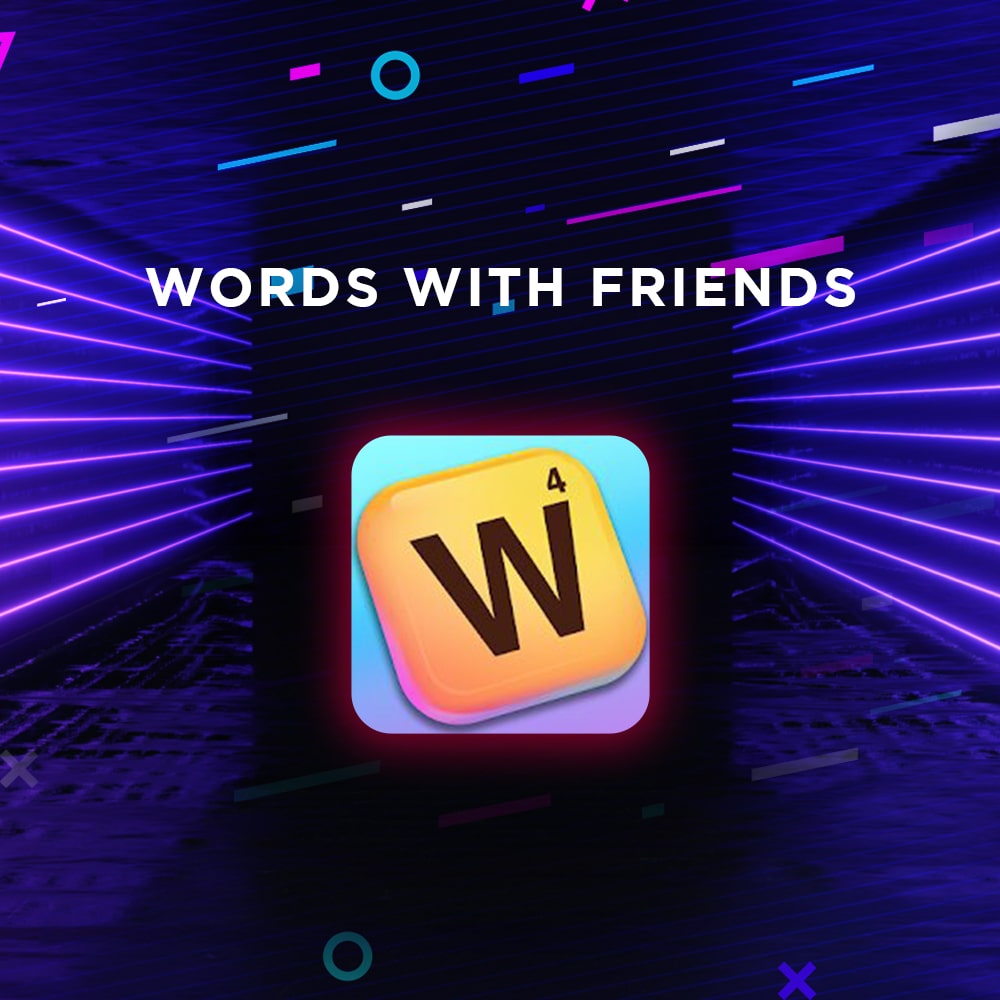 Words with Friends is an online iteration of the classic tabletop game, Scrabble. Here, you’ll be competing to gain the most points by building words, letter-by-letter, with each letter tile being worth a certain amount. It’s an easy, fun, and competitive game you can play with either your friends or a stranger online. 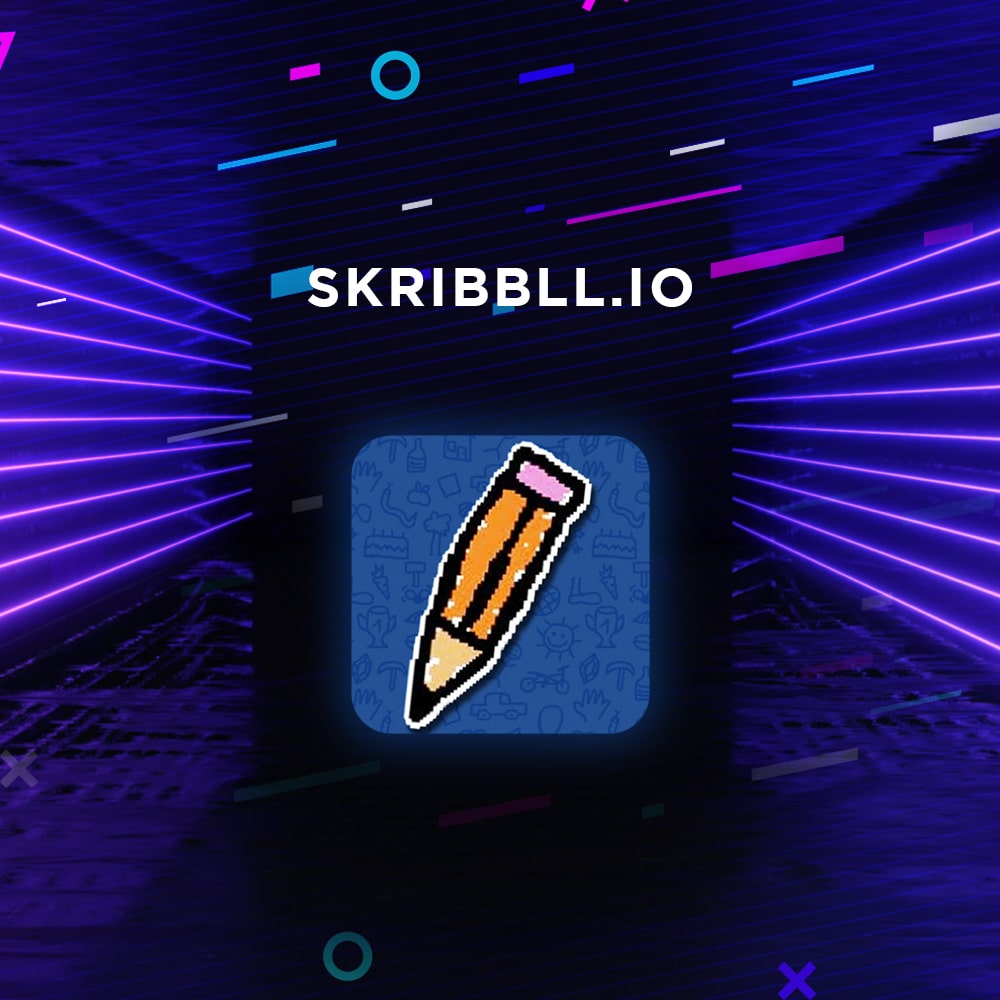 Skribbl is Pictionary made virtual. Each round, one player will have a word that the other players will have to guess. You’ll have to draw the word while the others watch in real-time to give insight into what the word is. As you draw, players will be spurting guesses, one after the other, in an effort to quickly suss out the word you were going for. Don’t worry if you’re not the best artist in the world. Giving wild guesses is half the fun! 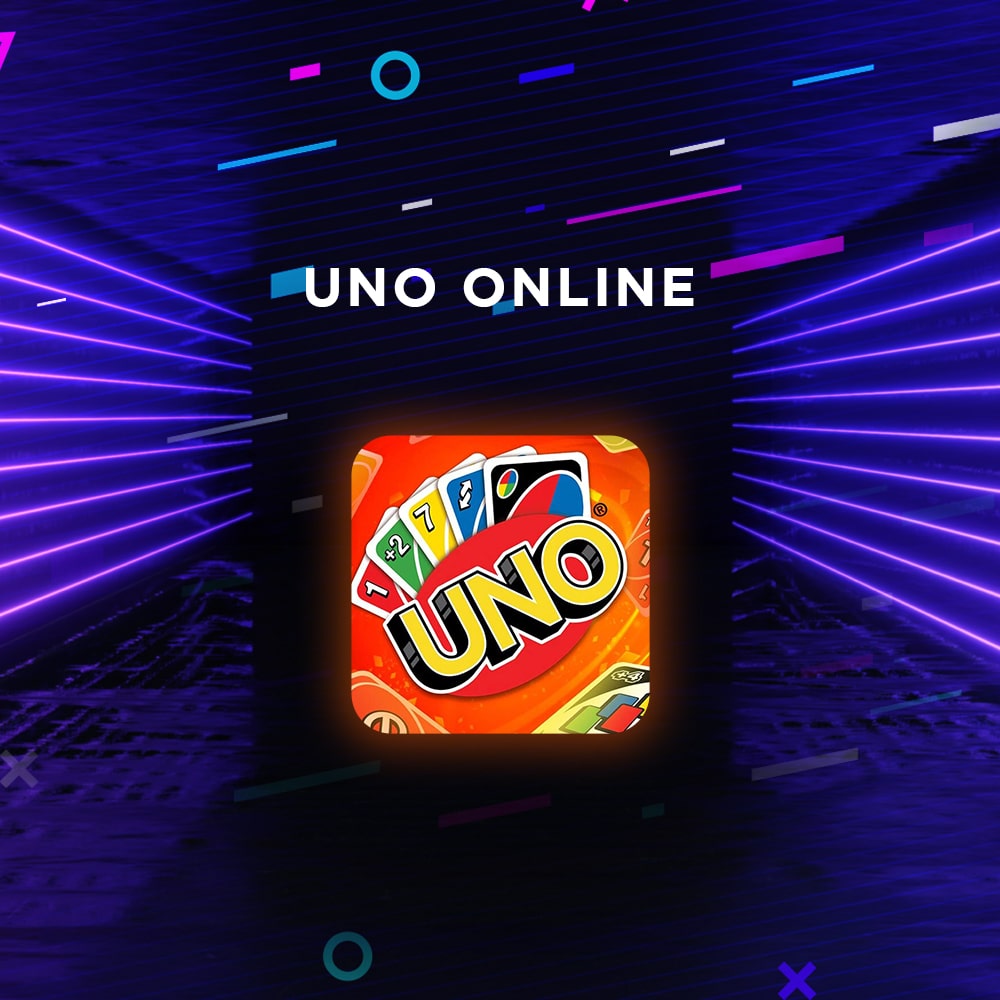 “Uno!” That one exclamation has probably garnered more side-eyes in gaming history than anything else. It’s the classic card game where you think you’ve all but won only to get buried in a stack of plus cards. The official UNO rules may not allow for stacking plus-fours, but we won’t tell if you don’t. The online version is a bit different as you’ll have to stick to the rules. At least no one can give you the stink-eye! 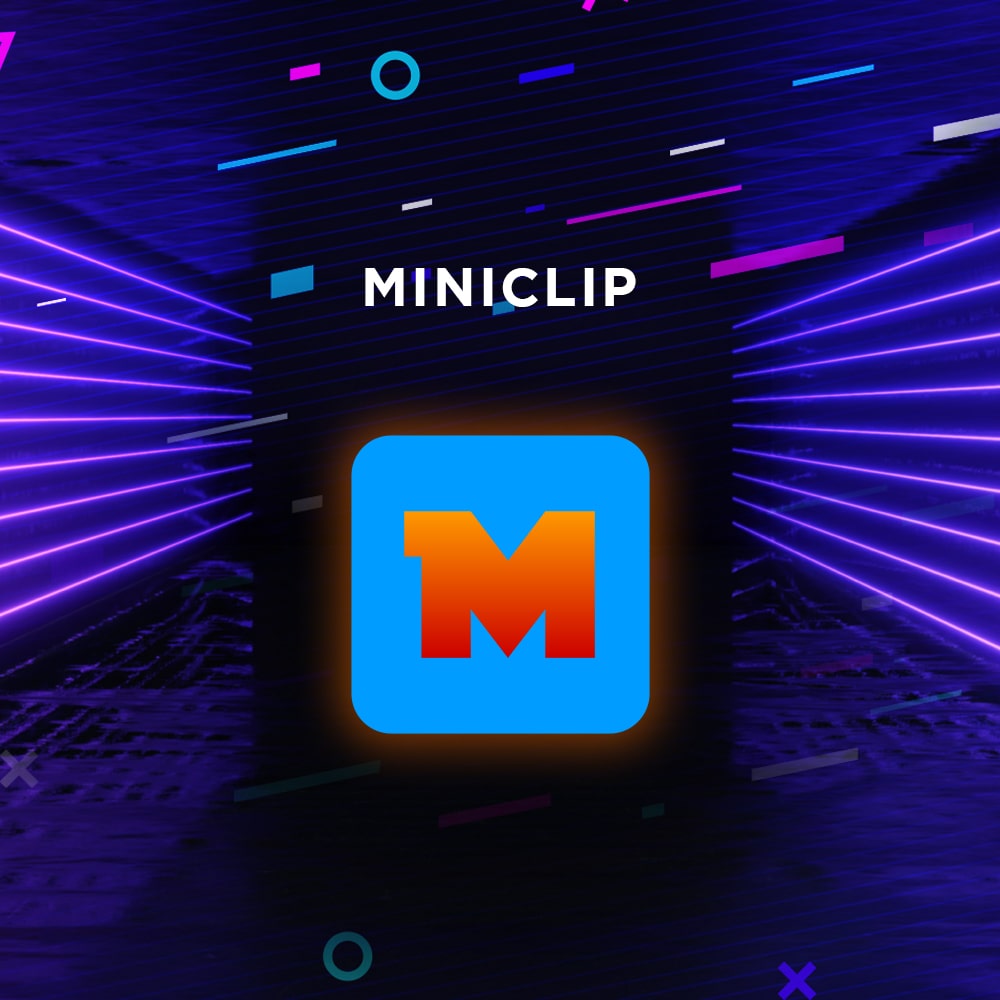 Many grew up on MiniClip in the 2000s, playing countless flash games into the wee hours of the night. Now in 2020, MiniClip is still going strong and is now even developing their own apps! You can still visit their website for a desktop experience and enjoy a plethora of minigames. They have old-school gems, such as Pool Instant, Bloxorz, and Ultimate Gold, and newer must-tries like Agar.IO, Tanki Online, and Motorsport Manager. 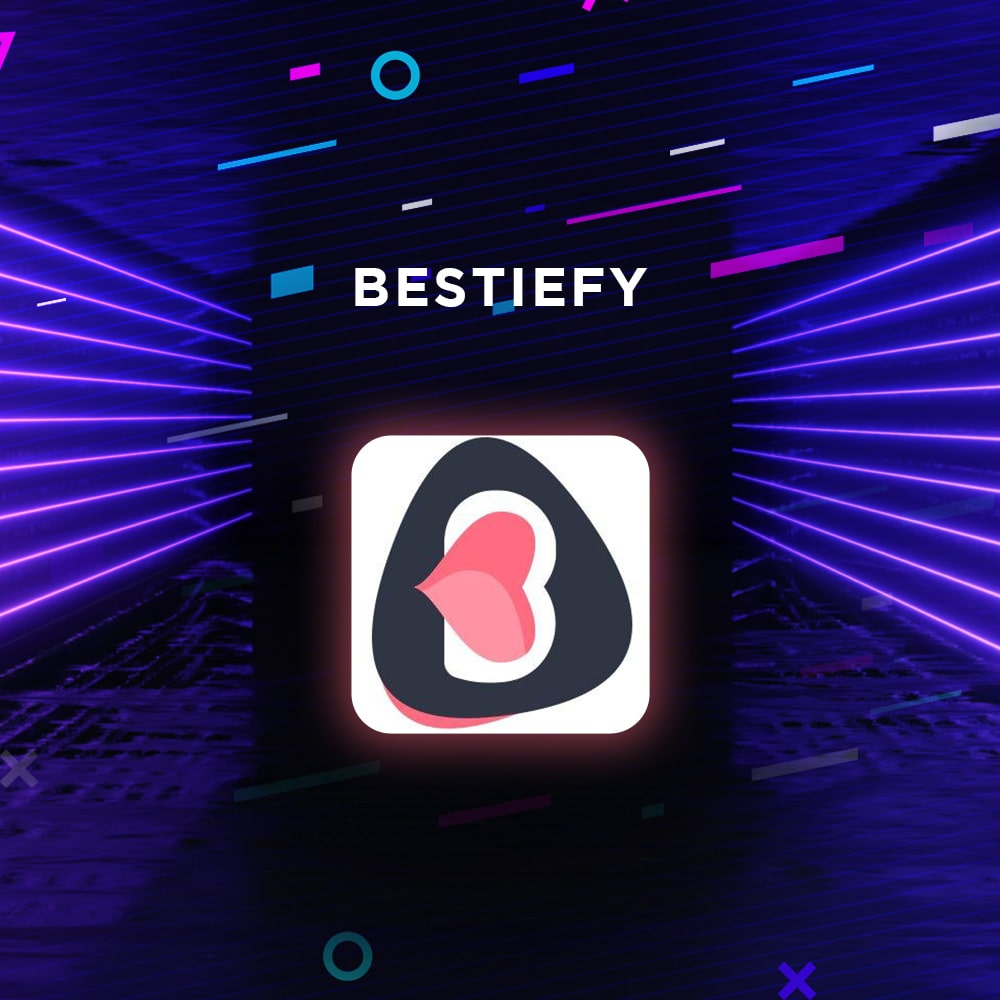 Test your friendship and learn more about each other by playing this online game with your best friends! All you have to do is come up with ten questions about yourself, send them over to your friends, and wait for the results. You can go as obvious or obscure with your questions, as long as they can be posed in a multiple choice format. This is a great and fun way to find out not just who’s been paying most attention to you, but just how much you know your own friends! 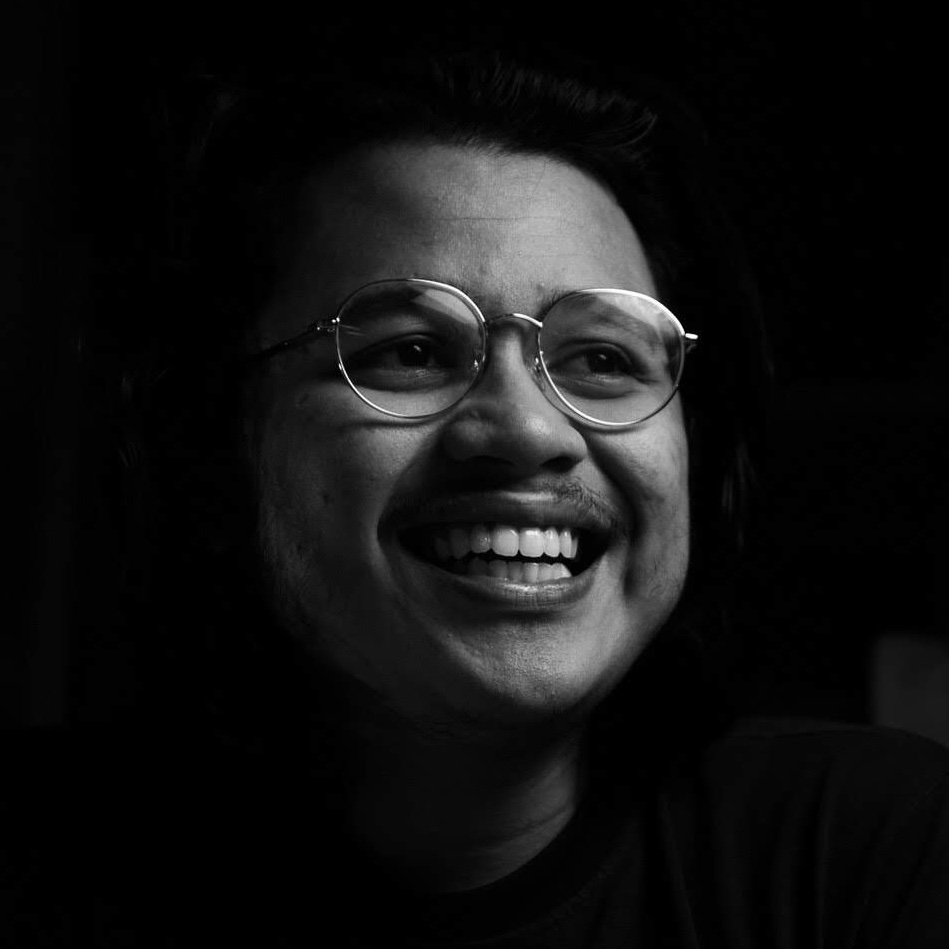 Marco Genato is a content writer for SHOOR. Got a question on coffee? He’s your guy. The finer details of photography, the latest and greatest stats in the NBA—Marco’s always got a hot take for those, too.
PrevPrev
NextNext