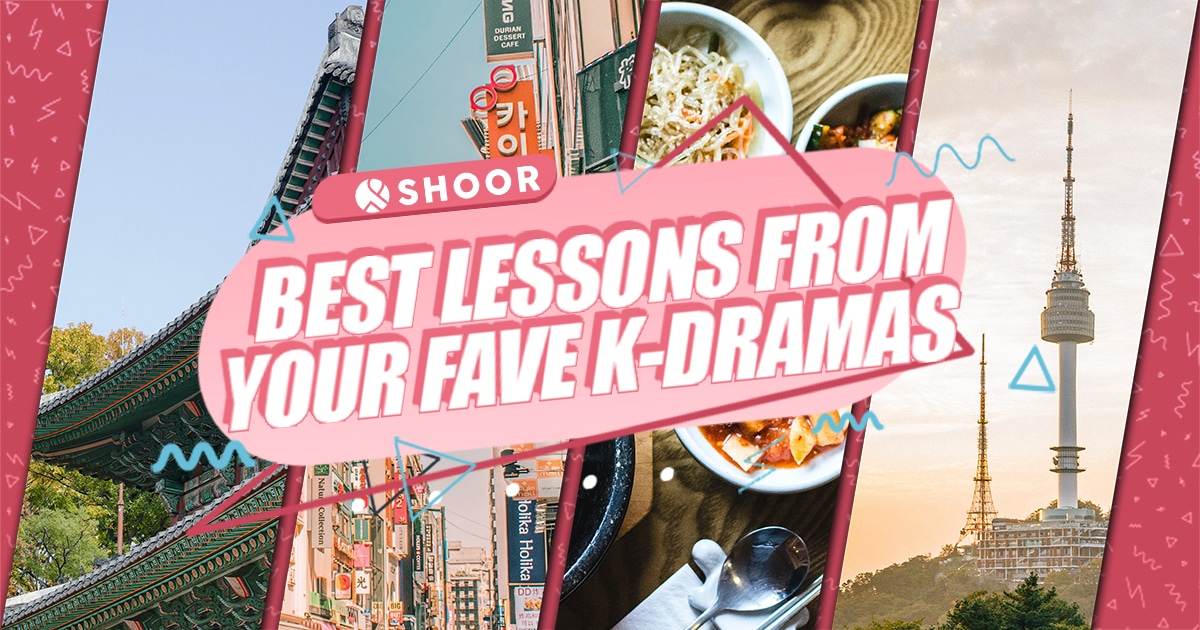 Best Lessons From Your Fave K-Dramas

One way or another, we’ve all been bitten by the Korean lovebug! It’s no big surprise to anyone when we say that K-Dramas are as popular as the country’s own brand of pop music. These shows have unexpected and intricately-woven storylines, impressive writing, catchy soundtracks, high production value, and some are even as educational as they are entertaining.

Beyond entertainment, K-Dramas offer solace amidst trials for many with uplifting and heartwarming narratives. Viewers get immersive experiences that tell powerful stories, package life lessons in a unique way, and shed light on pressing social issues.  There’s always a lesson you can learn, and we’re sharing a few with you here—but be warned, there are spoilers ahead!

Whether you’re just casually looking for the next Netflix series to binge-watch, or you’re already deep in the K-Drama rabbit hole, this article is as good a place to crash-land as any! Pick up some life hacks, love lessons, career advice, and everything in between from the best Korean drama series that you love (or will love)! *finger hearts*

The fantasy romantic comedy begins with a goblin cursed with eternal life. The title role is played by Gong Yoo, who also starred in one of the best Korean drama series in the “old days”, Coffee Prince. (Yes, we’re that old!) The series has taught us a lot of things, but mainly about the importance of life, true love, and how we make our own choices. Ironically, being cursed with eternal life gave our beloved Goblin a chance to appreciate life more. Cliche as it is, he showed unwavering love and patience as he searched and waited for his bride.

The drama also touched on themes of mercy, hope, and forgiveness. In the series, Grim Reapers are souls being punished for deadly sins in their past lives. To atone for their sins, they are condemned to become messengers of death for eternity. Much to our relief, our favorite Grim Reaper (played by the handsome Lee Dong Wook) eventually experiences forgiveness—from the one he wronged, and from himself.

In Goblin-verse, every person lives through four lives: first for planting seeds, second for watering them, third for reaping the fruits, and the fourth for consuming. Simply put, for every action, there is a consequence. At each incarnation, one experiences the consequences of decisions they made from their previous lives. Whether you believe in the idea of rebirth or not, the series reminds us that the value of life is in how we live it.

Four lives or not, you must live the life you’re in now as if it’s your last. In almost every episode, the series had recurring themes of someone leaving and a balance of life and death. This is also a good reminder for us to cherish the time that we’re given, and not to take our lives and loved ones for granted.

“God cannot calculate or predict the sacrifices of humans. It is instinct that comes out in the moment and a choice made by humans, not God.”

There were no deities or gods in this series, but Itaewon Class gave us life lessons that are just as powerful as Goblin’s. The series reminds us to not give up on our dreams or think less of our ambitions no matter what anyone does or says to discourage you. You just have to keep moving forward as you pick up pieces that give you hope throughout your journey.

Itaewon Class is a critically-acclaimed drama that packs a lot of punch and got us cheering for Park Sae-royi and his DanBam motley crew. From business to life lessons, this timely show taught us how to survive during tough times—and even how to deal with unrequited love.

The show stars Park Seo Joon (hello, PSJ Fans!) as Park Sae-royi, a young entrepreneur who’s lived a really tough life but constantly refused to give up. He worked hard for his dream, and despite bumps on his journey, he kept going until he became the CEO of his own company. Along the way, he was also able to seek justice for the death of his father. Sae-royi’s story of resilience, perseverance, and patience has inspired us and given us strength to carry on during tough times. We hope it does the same for you, too!

While his side of the story taught us that anything is possible if we just keep marching forward, the other half is a reminder that nothing good ever comes out of being a big bad bully (we’re looking at you, Jang Dae Hee!). While Sae-royi was driven by revenge (not exactly the motivator we’d want to go for!), it’s good to know that in the end, he opted to simply do what’s right. After all, that’s what his father would have done had he been in Sae-royi’s shoes.

Our lead believed in second chances—and so should we! We hope this inspires you to always do what’s right and keep your dreams alive, no matter how hopeless things and situations appear to be.

On another note, this series also touched on racial profiling and gender discrimination, both of which are still prevalent in real life right now. People are being judged, mocked, and ridiculed for their skin color, gender identity, or even their nationality.

This K-Drama series teaches us to accept, respect, value and choose to see people for who they are. No one else can define our own worth, and no one can dictate what we can or cannot do—so we can do anything we set our hearts on.

Hot on the heels of Itaewon Class on Netflix came Start-Up, a gem of a show filled with valuable and relatable lessons in career, life, love, dreams, friends, family, and self-realization. It delves into the highly-competitive world of start-ups, dominated by young entrepreneurs. Start-Up follows a group of young adults trying to make their biz the next big thing, and viewers got to watch them tread through the rocky path to success.

The story unfolds in the fictional Sandbox — inspired by Silicon Valley — with Bae Suzy’s Seo Dal Mi incessantly pursuing her dream of becoming South Korea’s Steve Jobs. Her journey pitted her against her own sister, but despite that (along with a slew of other challenges such as funding constraints, the lack of connections, and the like), she just kept going.

She met Samsan Tech founder  Nam Do San, played by the endearing Nam Joo Hyuk. Although Nam Do San was struggling with imposter syndrome from his childhood (who here doesn’t sometimes feel we’re not good enough?), he followed his dreams too! He was so passionate about coding that he channeled his technology and energy into a meaningful venture that helps people. *heart eyes*

Start-Up also reminds us to be grateful to those who help us along the way — and one way to express that gratitude is by paying kindness forward. Han Ji-Pyeong (#TeamGoodBoy!) didn’t stop at giving back to Seo Dal Mi’s grandmother, who helped him get started on his journey to his own success—he also learned to be just as compassionate towards other people.

This K-Drama also stresses the importance of character in order to succeed. While wealth, connections, or even a college diploma can help you get started, those don’t guarantee that your venture will fly—especially if you don’t work for it! Seo Dal Mi was a college drop out but her character, resilience, perseverance, humility, and interpersonal skills helped her lead the Samsan Tech team.

One of the things we feel is highly important to note: her worth wasn’t determined by her circumstances and neither should yours! Remember that it doesn’t matter how privileged you are or how successful you are—we are all plagued by insecurities, fear, and emotional struggles. As long as you focus on your goal, keep your values intact, and march forward with grit, then you’re on the right path to success!

When starting a business, it’s important to have a strong leader or recruit a CEO who can communicate, negotiate, present, has a clear business plan and has the audacity to make firm decisions.

A prime example was when Seo Dal Mi presented to investors and during demo day. Passion, persistence, ambition, and confidence are just as important as brainpower. She understood a big picture of their work, and she presented it in a language everyone can understand. This is how she got the right partners to buy into the dream.

Much like the lesson we learned from Start-Up, one of the best KDrama series of 2020, you need to take that leap to reach for your dreams. If you’re looking for ways to boost your confidence and take that first step, we’re having a business writing and public speaking workshop with Jonathan Yabut on April 24! Whether you’re at a presentation or interview like Dal Mi, you’ll learn how to communicate effectively especially in front of a large crowd.

Learn valuable career tips and learn a few things about improving your confidence from the multi-awarded marketer who’s also a strong advocate of youth empowerment, leadership, and entrepreneurship. The workshop also includes offline assignments, a digital certificate, and a digital copy of the book “From Grit to Great”.

From reel to real life, we hope these inspiring stories from the best K-Drama series we know would be the driving force for you to keep going in life, love, career, and everything in between! Did we miss any other valuable lessons from K-Dramas that you feel should be in this list? Let us know in the comments! 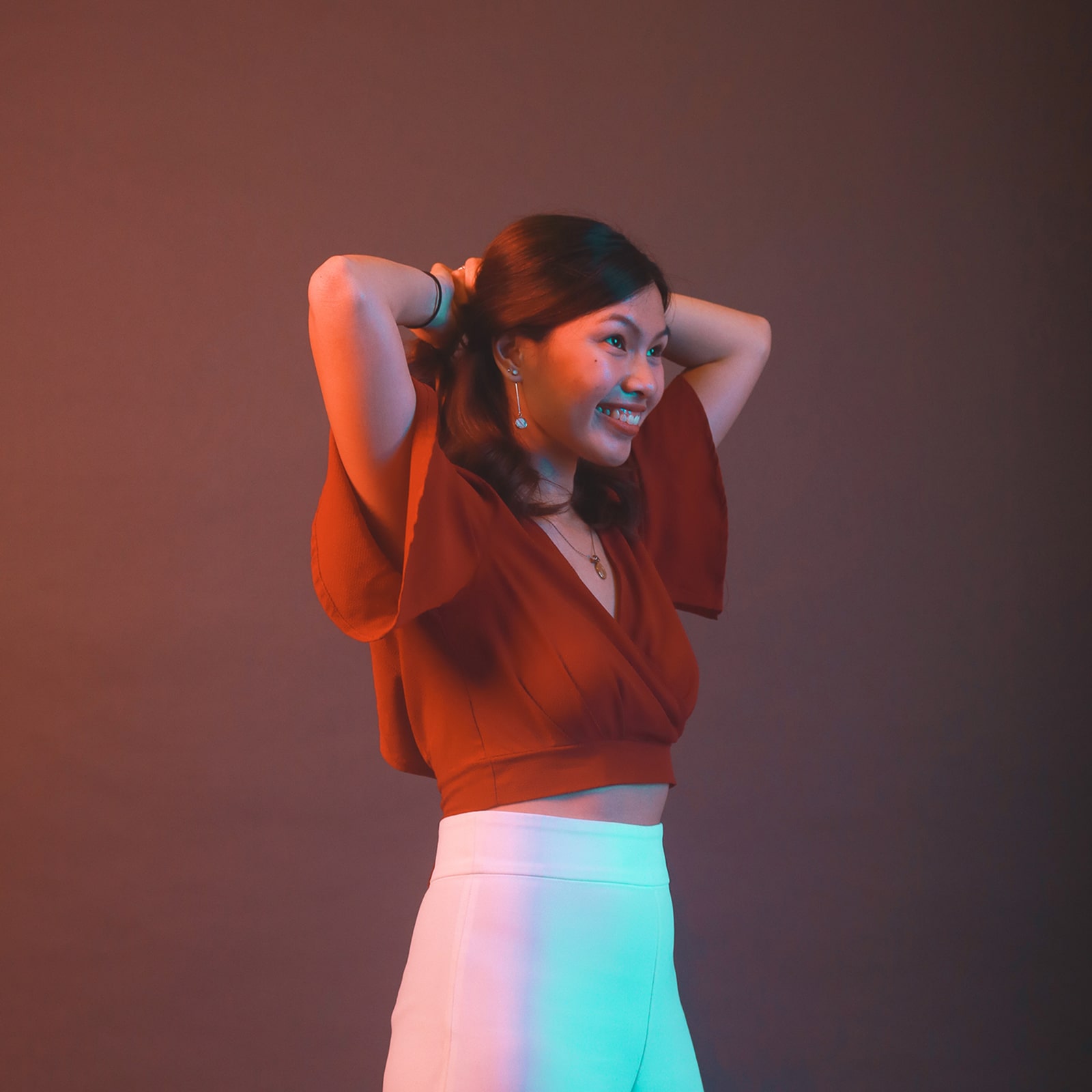 Denise is a free-spirited, caffeine-driven creative artist, photographer, and copywriter. She’s chronically clumsy and eats poetry for breakfast. She finds solace in reading, sketching, making travel films, surfing with her sister, and finding the right words for her next article.
PrevPrev
NextNext

Subscribe to our newsletter and get up to 50% off on extraordinary experiences.

The SHOOR Team will send you a separate email within 2 business days to finalize your schedule.